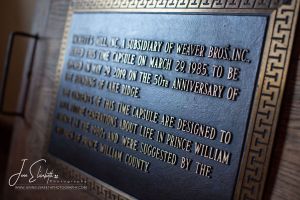 I could be writing about my son, he was born in 1985.  But, no I mean an actual time capsule put in the ground 34 years ago. I first noticed it in 1996 when my office moved to Tackett’s Mill in Lake Ridge Virginia and I became involved in the Tackett’s Mill Foundation.

I recall being in a meeting where everyone around the table declared they didn’t expect to be around on May 29th, 2019. It seemed an impossibly distant date. All eyes that day had landed on me, the only one they expected would see it opened.  They were right.

It took the guys about five hours to remove the dirt and gravel covering it.

After the lid was popped off the capsule, we all crowded close to see the contents. Most obvious were large envelopes scattered on top of seemingly random items. The envelopes contained essays from contest winners represented by the county schools at that time. These kids were the only ones allowed to provide contents for the capsule. The items didn’t make a lot of sense until afterward when we matched them to the essays.

The Capsule unearthed beneath 3 feet of gravel and dirt

A deeper impression is not so much about what the kids wrote about and included but rather what they did not include. None of them wrote about social media, video games, or anything electronic. All the essays were hand-written. Their cursive penmanship was very neat and impressive.

Though it seems not much has changed in 34 years, the children’s essays point to a time of innocence and a connection to nature and a love for the trees, flowers, pure water, and birds found in abundance in Prince William County. More than one essay winner expressed concern for the county becoming too commercial because at the time many trees were being cleared for a large shopping center that would be the largest in the state of Virginia, which we now call Potomac Mills. The kids expressed a knowledge of their county government’s structure and the area’s history and the importance of good schools and academic proficiency.

What do you think our kids would write about today? What would they want to include in a new time capsule?

We’re thinking of burying another one~ 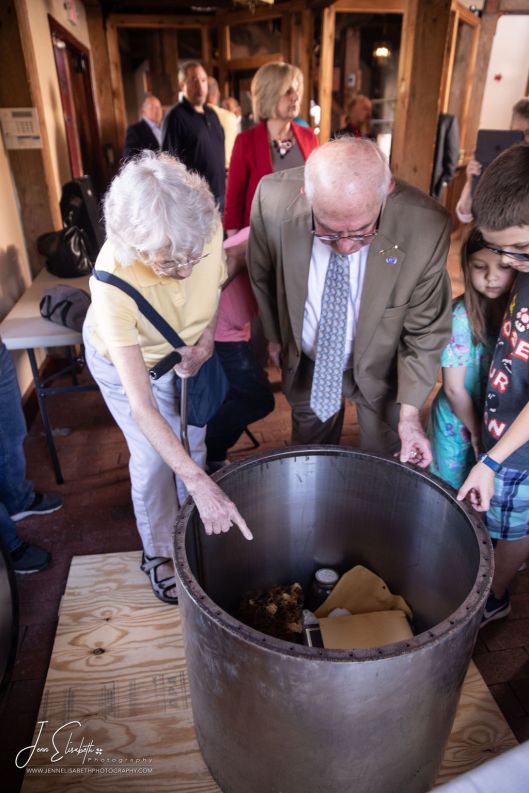 The Honorable Kathleen Seefeldt and Dr. Jack Kooyoomjian have a first look.

The contents didn’t at first make sense until we matched them to the essays.

It was a once in a lifetime experience hosting this event. 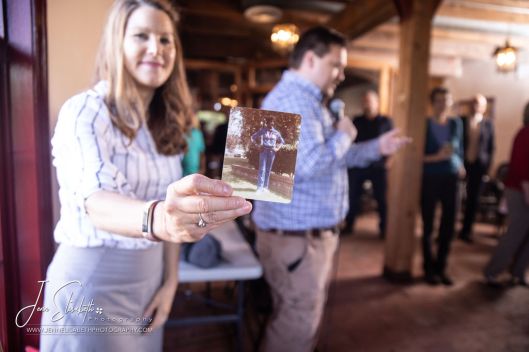 Local athlete Benita Fitzgerald won the gold in the 1984 Olympics

I miss the rotary…